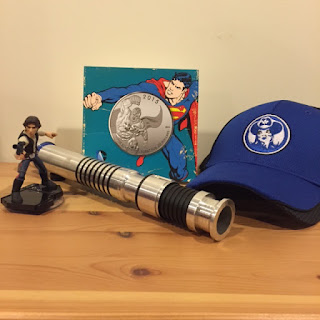 This weekend is the Calgary Comic and Entertainment Expo. One of my favourite events of the year. As a weekend long event, nothing else really compares to the energy and atmosphere that the Expo creates for me. It’s a great experience and one that I bask in twice a year. The Calgary Expo and the Edmonton Expo.

It’s odd, really. For someone that doesn’t like large groups of people, I absolutely love going to the Expo. Perhaps it’s because I’m with so many like-minded people. Common interests go a long way to making one feel comfortable. And there is always something or someone of interest to see.

That being said, the guest list is pretty awesome from my point-of-view as well. We have comic great Stan Lee coming out for his last year doing conventions in Canada; renowned Canadian actor William Shatner; the Wookiee himself, Peter Mayhew; Jason Isaacs and Tom Felton from Harry Potter fame; Brandon Routh and John Barrowman; Famke Janssen; Billie Piper, just to name a few guests. And what would ANY Expo experience be without Garrett Wang? I mean, Garrett has become such a staple at the Expo that it would be hard to imagine his absence. And having met him now on a few occasions, he is quite possibly one of the most down-to-Earth celebrities that I’ve had the pleasure of conversing with.

Another little thing that impressed me (and kind of thrilled me, if truth be told) is that I noticed that I had an ad for the Calgary Expo being advertised on my blog. Sure, that might not be anything worthy of note for any real blogger, but I’m not up there with the ‘professionals’. I get excited about dumb little things like that. I’d hate to see what happens when I have 10,000 views on this little corner of the inter-webs! 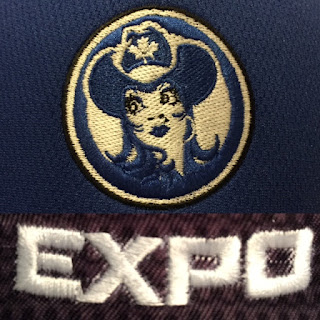 All said and done, I’m quite looking forward to this weekend down in Calgary, and I’m sure I’ll have a few blog posts to go along with my experience there. If you are interested in reading about my past Expo experiences, you can find them below:
Sinceriously, 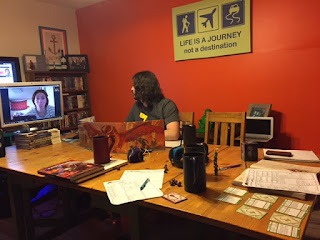 There was a comment left on a post that I wrote recently regarding traveling (you can read it here), where it pretty much says that, though I don’t want to admit it, I’m a ‘people person’. After a lengthy conversation with him, Jay is adamant that I AM a ‘people person’. I wouldn’t say so myself. I mean, I like the people that I like.

That’s not to say that I’m not interested in meeting new people, I just won’t go out of my way to do it. If there’s a connection, then great. If not, oh well. I’m NOT a people person. I won’t push it. The last batch of new people that I really get along with I met through friends and currently adventure with them in Dungeons and Dragons. Though we don’t get together too often (one of our group moved to South Korea), we still investigate the Forgotten Realms and banter back and forth occasionally. I guess the old saying still stands: those who adventure together, stick together.

To be a people person, you have to be comfortable around people. You have to enjoy people. To be blatantly honest, I’m neither. I’m selective with who I choose to spend my time with. There’s a quote that I read somewhere along the way: A journey is best measured in friends, not miles. And though my miles GREATLY outweigh the amount of friends that I have, I think my friends are of the absolute highest quality. Bar none.
Posted by Chad at 5:36:00 PM 1 comment:

Email ThisBlogThis!Share to TwitterShare to FacebookShare to Pinterest
Labels: self, thought

Travel seems to have become one of the topics that I blog about the most. Perhaps because it is the only topic that I actually think is interesting enough to blog about. Or perhaps even though I haven't done a lot of it, adventuring to different countries is something that has had a profound effect on me and the way I view things. It's invigorating to learn about different places and cultures and you really do find that what you thought you knew about the world can be completely incorrect to how it actually is.

I've been able to quash a few misguided thoughts about other countries through my travels. I've met some insanely nice French people in both Belgium and France, disproving that people in France are snobs and arrogant (a very common belief in predominately English cultures). Not all Spaniards are sun-kissed and lazy, as the siesta would lead one to believe. Not all Americans are worldly ignorant and patriotic to the point of annoyance. Not all Canadians are super polite and friendly. All those examples are cultural stereotypes. And though stereotypes are there for a reason, it doesn't always emphasize the people.

This statement rings especially true, no matter what we are talking about. Someone can describe countless times the sensation of running barefoot through the grass, or sand between your toes, cold winter air invigorating your lungs, the salt drying on your skin after a swim in the Mediterranean... But unless you experience it for yourself, you will never ever get the full sense. The complete package. The memorable experience. That's what life is about, after all. Experiencing all that you can.

Travel seems to have put a different perspective on the way that I see things. Or perhaps it hasn't and I've just matured a little bit in my thinking. Regardless, I don't want to go on continuing to be ignorant on the way things are and led around by a shoe-string on the opinions of media and biased news. I would much rather learn things for myself and if that means learning things the hard way, then so be it. Like the paragraph above says, that's what life is all about.

I'm in the process of planning my next trip, though thanks to landing a permanent full-time job it won't be until next year. Plenty of time to do some planning, right? Though I'm a severe procrastinator... If you want to read up on my other travel related posts, you can find them by clicking on the titles below.

The Trip of a Lifetime
Coming Up: Spain 2015
Visions of Pompeii
The Road Goes Ever On And On
Adventures In Packing
Europe, I Am In You!
A Week In Barcelona
Follow Your Tracks
Europe... er Spain...uhmm... Barcelona, 2015
Oh, The Places You'll Go
Subway Sleeping