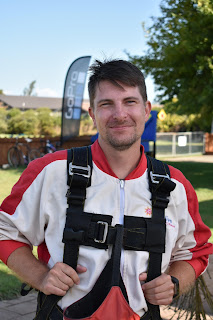 So I had to jump out of a plane a few weeks ago. Completely voluntary of course. And let me tell you, it was pretty frakkin’ awesome!! I would do it again, if the option presents itself and I am in a position to do it.

To be honest, I was expecting to feel nervous, but it just never happened. While on the ground I was perfectly fine and then started to believe that I would start feeling nervous once the door was opened. Again, it never came. Adrenaline and excitement filled that space. Even the jump didn’t cause nerves. Maybe it’s because I wasn’t jumping solo.

My jump instructor was Ben, a fellow North American originally from Colorado, USA. He’s now living in New Zealand doing a job that he loves. We were also accompanied by a photographer by the name of Matt, who photographed and documented the whole experience. All the photos are his handy work (except for the pretty awesome first photo, taken by fellow skydiver Danielle)!

The initial rush and spectacular scenery make it all worth while. Sixteen thousand feet (16,000ft) seems to go by so fast, yet also seems to take a while. There was just over one minute of freefall before the parachute was deployed, and if I were to guess I would say probably another four minutes before reaching the ground. But don’t quote me on that. I wasn’t paying attention to time at all. 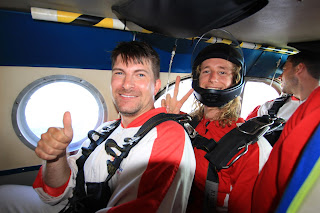 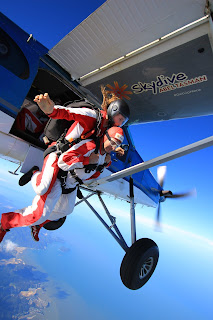 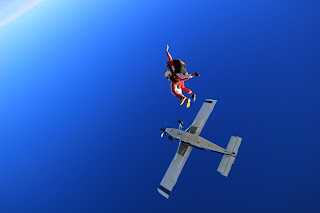 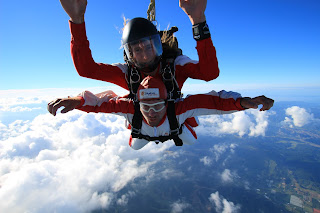 It was an expensive day, but I’m glad I pushed myself to do it regardless of the price. 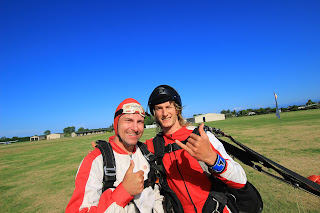