Last April, Dani and I had a chance to go down to Calgary for the Calgary Expo. Being the first time for either of us, it was a phenomenal experience! We got a chance to meet the likes of Carrie Fisher, John Rhys Davies and Craig Parker. We sat in on panels provided by comic great Stan Lee, Peter Dinklage and Lena Headey from Game of Thrones, and Richard Dean Anderson and Michael Shanks talking about Stargate SG-1, not to mention the panels provided by Carrie Fisher and John Rhys Davies.
And then there was the cosplay. A great atmosphere with great costumes wandering around the Stampede Grounds. So much fun and entertainment! In fact, Dani decided that she'd try her hand at Cosplay and started working on a costume about a month before we went down. She cut and sewed, snipped and glued, and eventually Garnet from Final Fantasy IX was born. 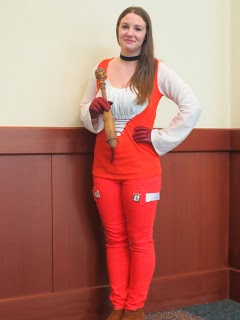 For a first cosplay I think it is superb!! Not near the professional cosplayers such as Yaya Han or Jessica Nigri, but for a first time at anything near related to cosplaying I think it is hard to top. I, unfortunately, did not cosplay. Just went in the usual comic book related t-shirts I always wear.

Then at home in September we went to the Edmonton Expo. Many of the vendors were the same, but there were some new ones. Genesis Custom Sabers was a nice addition. I had done business with Rob before when I purchased my lightsaber and it was great to see him with a booth showing off his amazing work and craftsmanship and getting a chance to see some of the new creations he's come up with.
The media guests that they brought in for Edmonton were different than those brought in for Calgary and even though we didn't go for any autographs or panels with any celebrities it is nice to know that the Edmonton Expo isn't just a carbon copy of the Calgary Expo.
Two of our favourite cosplayers, Jessica Merizan and Holly Conrad, were brought in by Bioware. Jessica actually works for Bioware and she hosted the panel that was temptingly titled "How to get a job with Bioware" in which no one really listened to the advice given out and all asked the same questions that had already been answered. Both Jessica and Holly were cosplaying from one of Bioware's flagship games, Dragon Age. 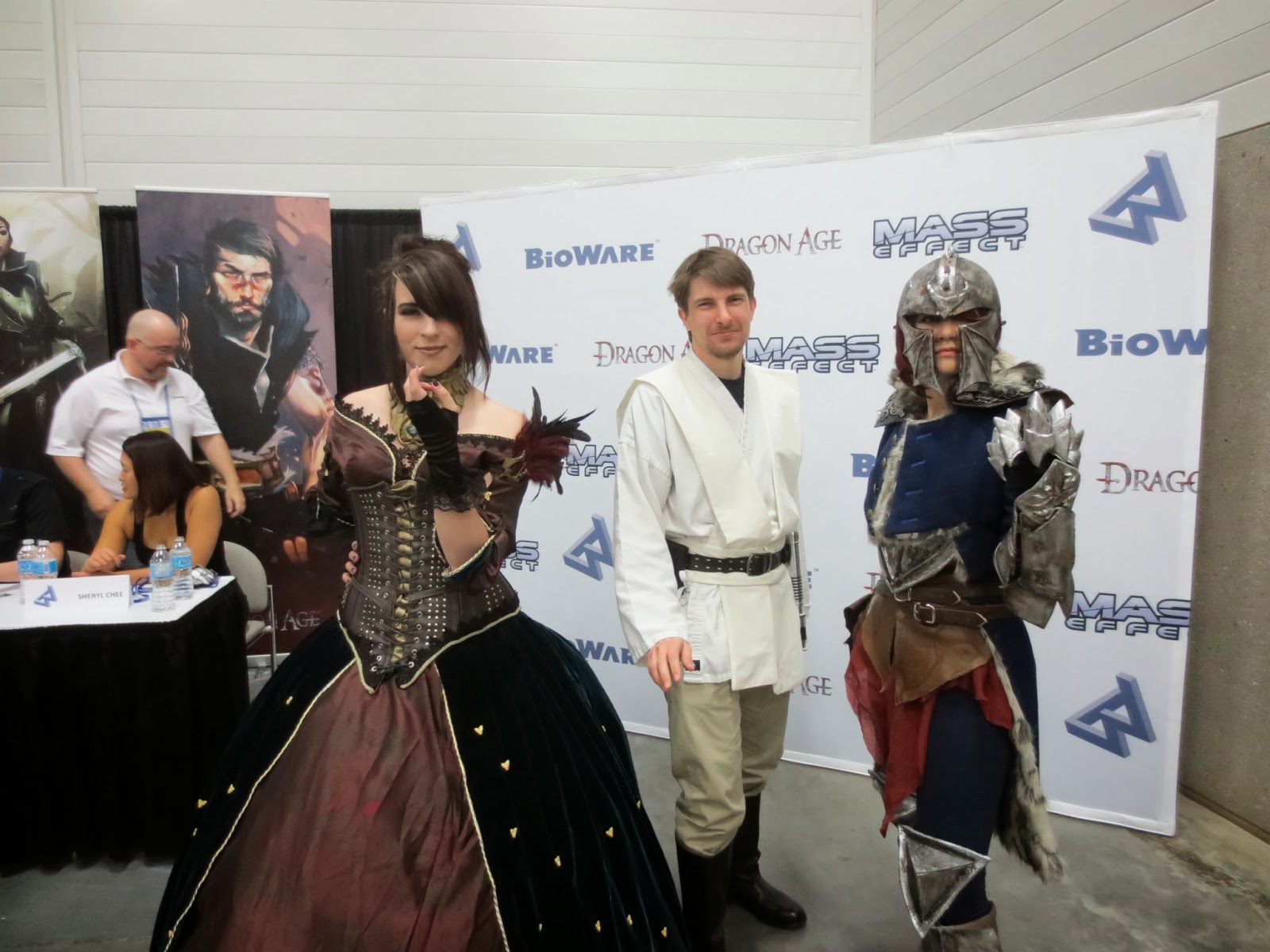 Jessica Nigri was there as well with Cherry Sauce Clothing and dressed in her Princess Mononoke cosplay. In fact, the photo shoot of that cosplay are taken in the beautiful Edmonton River Valley! 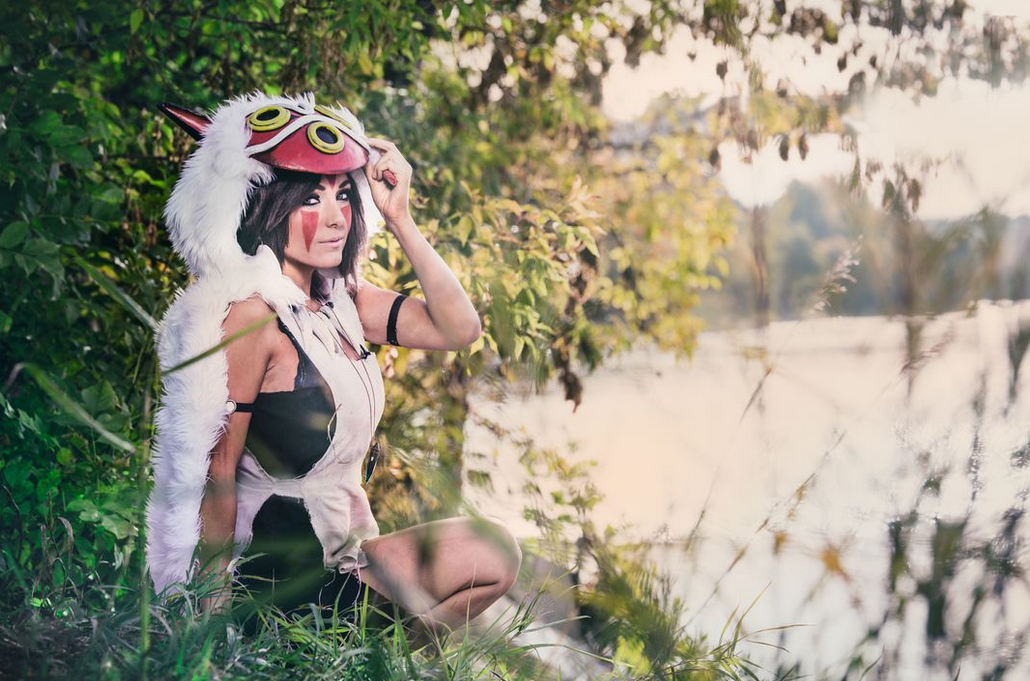 A new Expo meant a new costume for Dani and a first for me. While Dani scoured for pictures and inspiration for a Final Fantasy X-2 Yuna, I started planning for a Jedi. That meant I had to learn how to sew. Thank you, YouTube! Admittedly, I did take the easy way out because I did have most of what I needed. I just had to sew together some belt pouches, the obi (the wide cloth belt that sits under the regular belt) and the shoulder tabards. Dani, on the other hand, pretty much made everything from scratch. Including the shirt. Two copies of the shirt in fact. 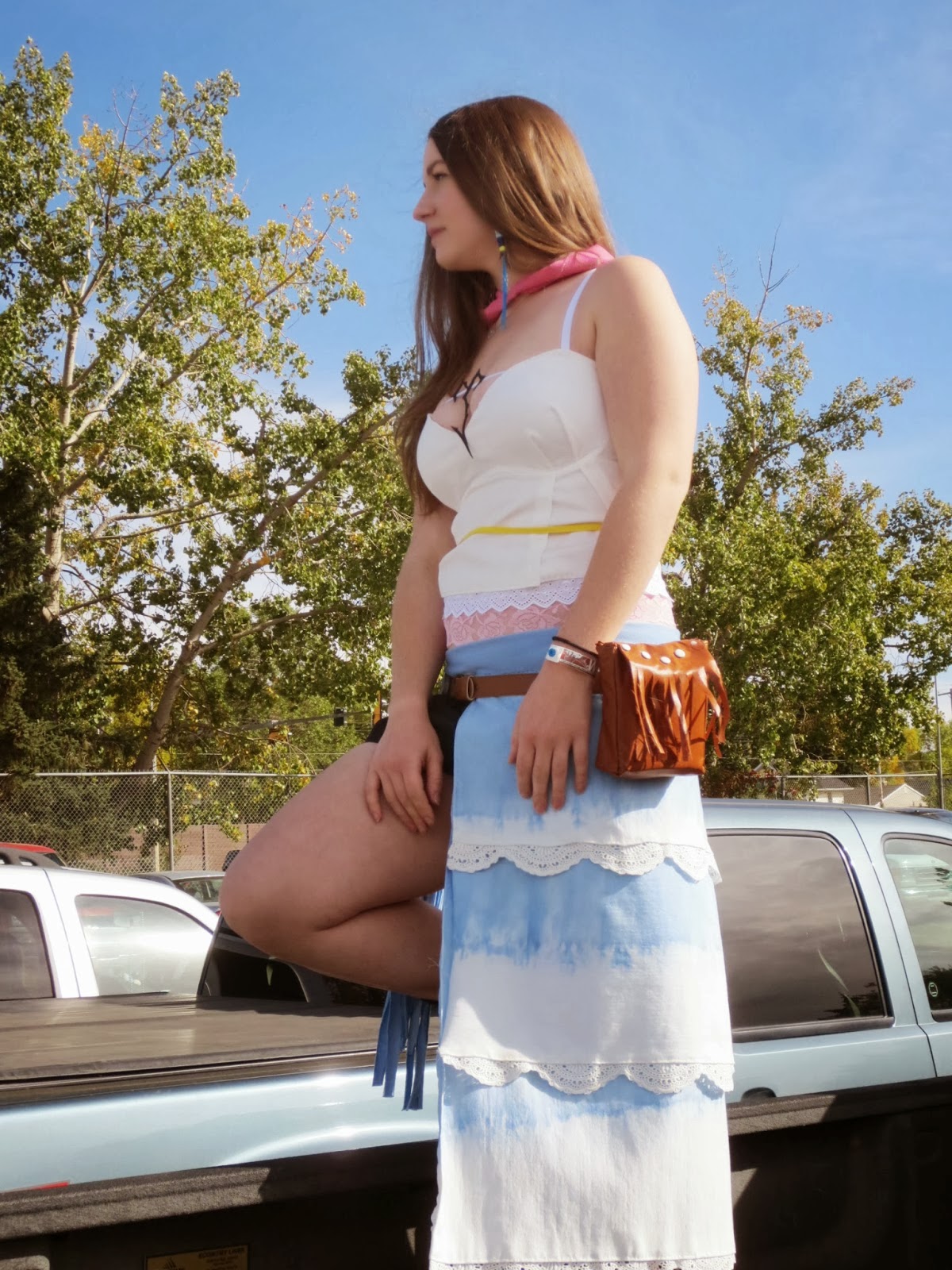 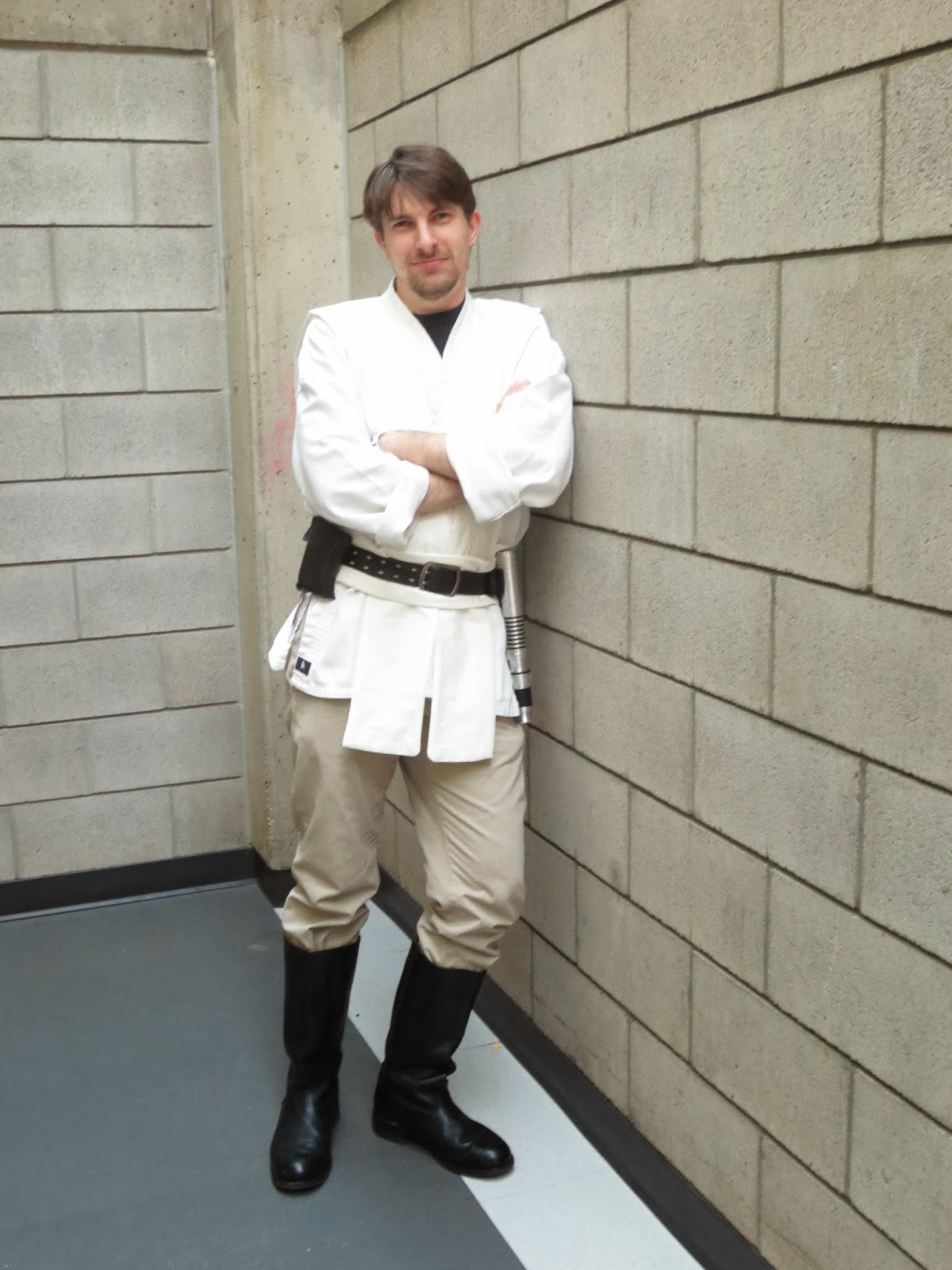 And so, that has been the two previous Expo's we've attended. We have our tickets purchased and hostel room booked for the Calgary Expo coming up in April and have started to plan costumes. I'm think a Sith is in order for me, which could possibly lead to another lightsaber purchase (in fact I have my eyes on one). Dani, on the other hand, hasn't made any concrete plans on her cosplay (that I know of, at least) but I do know that it will be 100 times better than anything I can put together!