The Martial Art of Peace 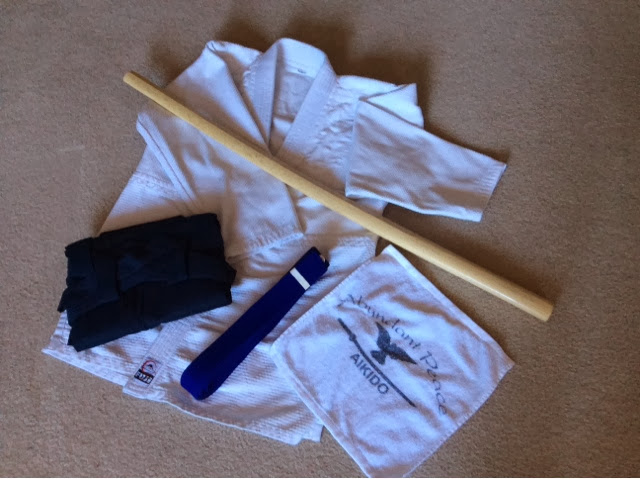 Last week I briefly mentioned that I practice a martial art by the name of Aikido. This week I was hoping to touch upon some of what aikido is.

Aikido is what would be known as a 'gendai budo' which essentially means 'modern martial way'. Why is it a modern art? Well aikido was developed mainly during the 1920s and 1930s by Morihei Ueshiba (O sensei) and went through a couple of iterations before becoming the aikido that is mainly practiced today. In the early days aikido was a bit more physical, but after WWII aikido became gentler and more philosophical. That isn't saying that aikido lost all physicality. It is a martial art, but how we practice (at least in my dojo) is more principle based. Unfortunately I'm not going to get into the principles of aikido here (a little research if interested is beneficial).

I have always been interested in martial arts and finally decided one fateful day (almost 4 years ago now) that I was going to finally practice an art. But which one to take? I looked up a myriad of martial arts, taking into account location (there was no point in looking for an art that was only based in, say, Quebec and me living in Alberta) and trying to find one that resonated with me and fit my personality. Aikido is the one that fit the bill and so I went to watch a class, then tried a couple of classes and I was hooked. I signed up for classes and haven't looked back!

I have one regular at work that really does seem interested in martial arts, but I think his big interest is in watching UFC fights and wanting to "kick someone's ass" (exact quote) and I find that a tad bit disturbing. To me, that is not what a martial art is for. It isn't the main purpose of a martial art, but I think movies and the popularity of MMA shows and, let's be honest, western culture as a whole has misconstrued the meaning of a martial art.

I apologize if this post seems a bit preachy. That isn't my intent at all, but I hope you found it interesting. I'm going to leave with a link to an article that I wrote for one of my assignments and was posted up on the Abundant Peace website for the benefit of others in my aikido community. You can find the article here.
Posted by Chad at 1:05:00 PM