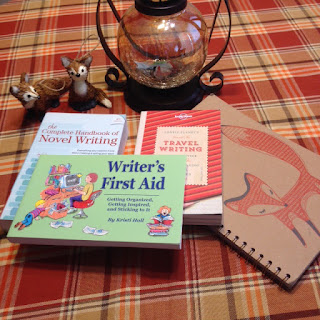 More and more lately I’ve been thinking about writing (among other things). I used to write a lot. Over the past couple of years, however, I’ve let my writing slip. I have an idea for a book. And one day I would like my career to be writing. I want to be an author. That’s my end goal. But I’m finding the motivation to start again lacking. I’m a procrastinator by nature, but as the old saying goes: Tomorrow never comes. I’ve also been finding that it’s intimidating as well. “What if my writing isn’t good enough?” and “What if no one likes it?” mixed with a little bit of “What if I can’t say what I want to say with it?”. All fears that I have to overcome if I want to accomplish my goals.

I never knew it until earlier this year, but a couple of my friends have the same goal as me. We want to be writers. How perfect is that coincidence? Sure, my other friends know I want to write and fully support me. I have agreements from them when I mention that I need to write more. Cassie is my biggest supporter, even suggesting that I pick up artwork for my place that relates to writing. God bless them for their faith in me.

However, having friends that actually write as well? Well, that’s like being a movie critic and finding someone that you can talk obscure movies with. It’s like people just intuitively understand your dilemmas just a little bit more. And conversations make just a little bit more sense. A friend can talk about the things going on at the dance studio that she works at and it goes right over my head, I can then talk about burning down a fictional town and how that affects my main protagonist and I’m pretty sure it goes right over her head (or not interest her in the least, that makes sense too). I wouldn’t trade those talks for anything, mind you. But I can mention it to other writers (such as my friend Melissa) and they can ask questions that I haven’t even thought of. Or make suggestions on how it might affect not just my protagonist, but also the rest of the region.

Writing friends also come with some added benefits. Here are a few:

Like a workout buddy, your writing friends keep you accountable when you don’t show up.

“So, how’s the burning going?”
“What burning?”
“You know, the city you were supposed to burn to the ground last night?”
“Oh. That. Yeah, didn’t happen. I wasn’t feeling motivated and watched three episodes of Lois and Clark instead.”
“What?!? You’ve been building that up for a month now! Go! Burn, rape, pillage!! I don’t want to hear from you until you have nothing but ashes!!”
“But I’m just not-“
“ASHES I SAY!!!!”

I mean, how can you say ‘no’ to that? Yes, the city will fall. There may be some pillaging. But rape? That’s a bit NSFW for me… Not saying that it won’t happen (in a fictional world of my creation), but it most likely won’t be described.

“I just can’t figure out how to kill this guy…”
“Tell me about it! I have to burn a town and I just can’t go about it like everyone else does. I need fresh ideas!”
“Do you think we’re losing our touch? I mean, I killed someone before, but this is different. He’s been around longer and I’ve become attached to him.”
“Hmm… What if you have someone burn HIS town down? He doesn’t have to die that way. Maybe he gets moved out by the government afterwards and he can’t come back?”
“No, I have to do it. If I don’t it’s a loose end. I have to tie those all up.”
“Well good luck. I mean, killing someone you’ve spent so much time with is hard. I had to do it- I’m sorry?... Oh. Yes, please. I’d love another cup of coffee.”
“…….. Did you see the way she looked at us?”
“Yeah. What was her problem? She looked as if we just kicked a dog…”

Some of the conversations you have as a writer can just be weird. Take the above as an example. Who else in their right minds can be sitting at a café/restaurant/coffee shop and have that conversation besides writers? Well, writers and hitmen I suppose…

Support comes in many forms. From the sympathetic phone calls, text messages, or e-mails to the pushing to actually sit down and write. I guess that can also be grouped under the accountability section too. Support could just be a shoulder to lean on when you’re stuck in a rut, or a coffee meeting to vent a few things out.

“I don’t think I can do this anymore…”
“Do what? What’s wrong?”
“This writing thing… Nothing turns out the way I want it to. I should just quit.”
“I’m sure it’s not that bad-“
“I just can’t kill this guy!! He’s pretty much her best friend right now! How can I take that away from her??”
“Shh… It’s ok. Let’s grab a coffee and talk this through. Coffee always helps.”

Like Aikido, there is no competition between you and your writer buddy. It just makes sense to help each other. Everyone writes in a completely different voice. Everyone will have a different manuscript they are working on. And everyone has their own strengths and weaknesses when it comes to writing. Wouldn’t it be awesome to combine efforts and help each other out? Make each manuscript the absolute best that it could possibly be? Yeah, that’s what I thought too. One of the friends who has strength in dialogue can help make a conversation flow naturally to the ear, where as the other can help with the pacing of the scene. Who wouldn’t want to help a friend in need? 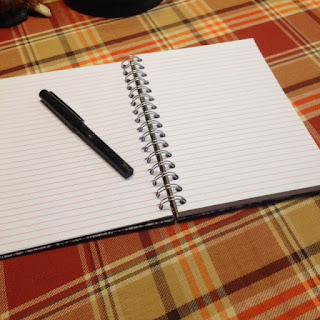 And there we have it. Four benefits of having a Writing Friend. Of course there are many, many more. But for this short blog post, four is enough. Now I’m curious: Did I miss anything crucial? What type of support and benefits do you get from friends with the same goal as you? Feel free to leave a comment below.