And She Still Got On That Train 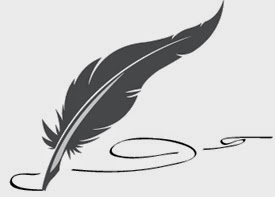 Instead of my usual type of blog posts, I figured I’d give you a little enjoyable read instead. I’m fairly certain that in an earlier blog post I had mentioned that I’m an aspiring writer. If I’m mistaken, then I am going to tell you that I am an aspiring writer. I have a couple of diplomas in children’s literature somewhere around the place. That being said, I haven’t posted any of my fiction on here so I decided to give you a treat. The following is a short story that I wrote for my first assignment for my first course in children’s literature. I got the idea from two songs that were played back to back on the radio one night as I was driving home from work. Extra points if you can tell me which two songs!!

AND SHE STILL GOT ON THAT TRAIN

The rain sounded like thousands of tiny horses galloping along the roof of the small coffee shop. Zack looked out at the depressing setting and sighed beneath his breath. Chloe, his best friend and secret love-of-his-life, was not just leaving town but leaving the province as well. Her father was transferred half the country away and in all likelihood Zack and Chloe would never see each other again.

Chloe sneezed and Zack turned away from his downcast thoughts and, not for the first time, got lost in her brilliant blue eyes. He knew he was staring but he just couldn’t help it. She was absolutely gorgeous.

Zack blinked and forced a smile. “Alright? Yeah. Of course. Are you?”

“But at least you haven’t lost your sarcastic sense of humour.” Zack grinned and sipped his coffee. Again, his thoughts turned back to his secret crush. The way that she smiled was angelic to him. Not that she did much smiling since she found out about the transfer. The special mischevious gleam in her eye was gone as well.

“He was told that if he didn’t transfer he no longer had a place with the company.” Chloe spat. “He’s worked long and hard to get where he is and to have an altimatum like that. It’s like a slap in the face.”

“It’s unfortunate how corporations can treat people like that. Everything is about money these days.”

“You’re right, Zack. But as much as I’d love to debate this with you all night, I do have a train to catch.” Chloe looked past Zack and nodded. “C’mon. My parents are calling.” She got up and walked to the door, leaving Zack to wonder how he ended up carrying her bags.

The rain was coming down much harder than it was before as the stepped out of the coffee shop and walked over to the train platform. Zack looked over to the dark skyline and suppressed a shudder. He’d never been out east, and he knew Chloe had never been out east as well, but he heard a bit about the city she was about to move to on the news. People were much different there than they were from their cozy small town and he silently prayed that she’d be safe.

“Chloe, I… I have something to tell you.” Zack stammered. “We’ve known each other for a long time…” He looked up and saw that she was crying. Maybe it was the rain streaming down her face, but the look of pain and fear in her eye’s was evident. “Chloe, are you alright?”

Chloe hugged Zack tightly. “I’m going to miss you, Zack!” she sobbed. “I’ll call you when I get there.” And then she practically ran into the train, leaving Zack standing alone in the rain as the train started to move. Zack watched Chloe leave him as a lump threatened to burst from his throat.

“I love you, Chloe.” Zack said to the air as he watched the train slowly fade into the cloudy night. When he could no longer see the train he turned and dejectedly walked back to his car. He had missed his chance to tell her how he felt. He knew those tracks would lead to heartache and pain, and he still let her get on that train.

And that’s a little sample of my writing. The setting is a tad modern for me (I usually write medieval fantasy settings) but I enjoyed writing it and one day would like to revisit Zack and Chloe. So, what’d you think? Feedback is always welcome. Would you like to read more of my little drabbles? Let me know.
Posted by Chad at 6:44:00 PM