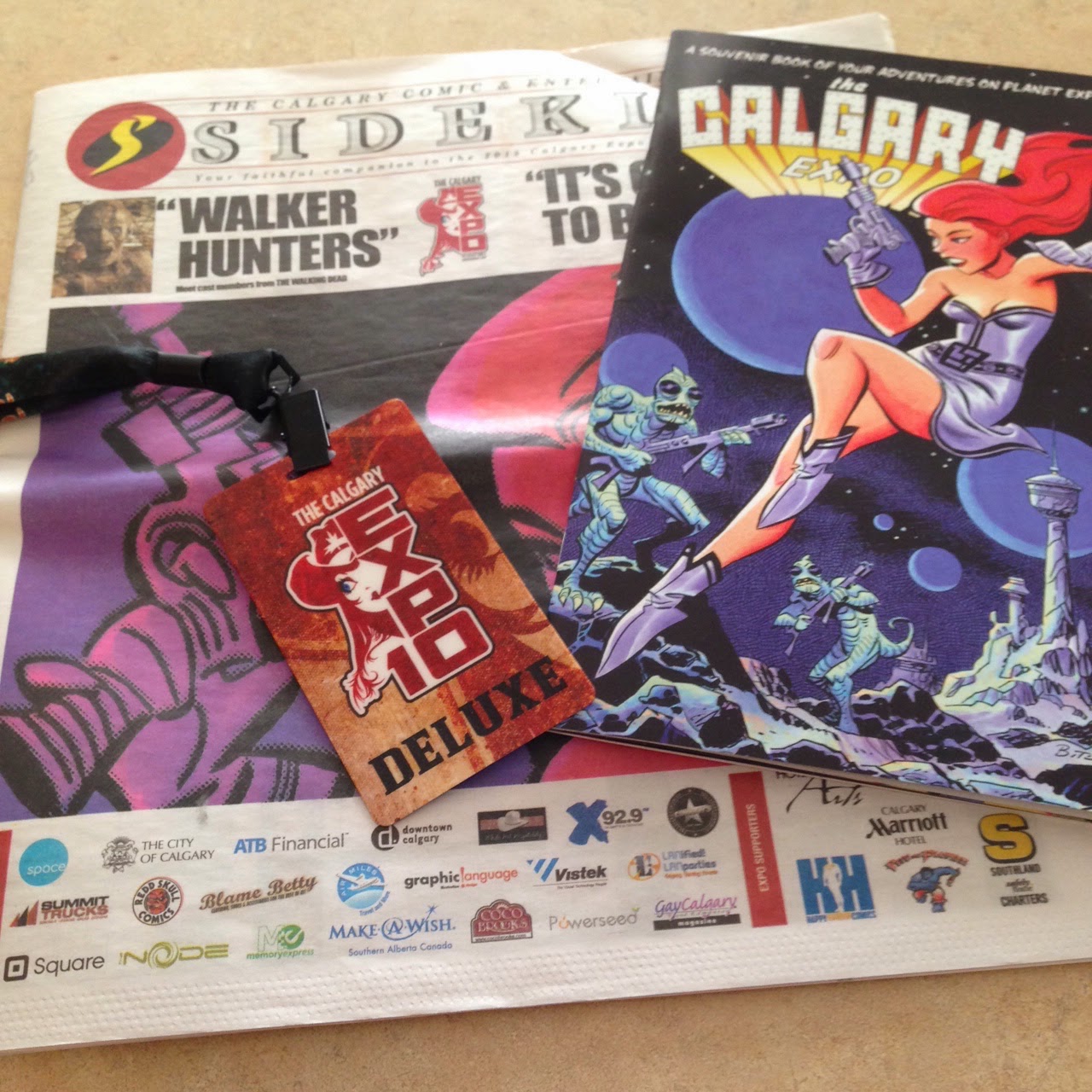 Ah, Calgary. It’s been a while. July of last year, to be exact. And even then it was just on the way to and from Banff. But there we were, Adam and I, just blocks away from the stampede grounds and gearing up for the Calgary Expo.

After checking in to our hostel and stowing our bags on our beds, we took off to find a Shopper’s Drug Mart that had a Post Office in it. Adam wanted to see if his fiancée could overnight his driver’s license to him. (You had one job!!) After an unfortunate answer from the Post Office (he never did end up getting his ID sent down), we made our way to the Stampede Grounds to collect our wristbands.

Holy Line-up, Batman! The line to get in was astronomical in length. It wrapped all around the Agrium Building and then some! Surprisingly though it moved fairly fast and in no time we had our wristbands and were able to wander the halls to browse the exhibitors and media guests. Plenty to see, as always, and quite overwhelming. It doesn’t matter how many times you wander past the same booth, there was always something new to see. And that continued on for the whole weekend.

Within a few hours the Expo was closed for the day and we vacated back to the hostel where we met our temporary roommates. European and South American. Typical hostel accommodations. To be honest, I’ve missed it. The different cultures mixing together for a mutual reason… It’s slightly intoxicating in a good way. But alas, we couldn’t stay and chat. That would come on a different night. Instead Adam and I took off to meet my brother, who happens to live in Calgary, for some supper.

After a bite to eat and a visit it was back to the hostel for sleep. That was until our roommates returned from having some drinks. A bit of some noise and socializing (on my part) and then real sleep would happen. Before we knew it, it was time for day two of the Expo.
Posted by Chad at 5:43:00 PM