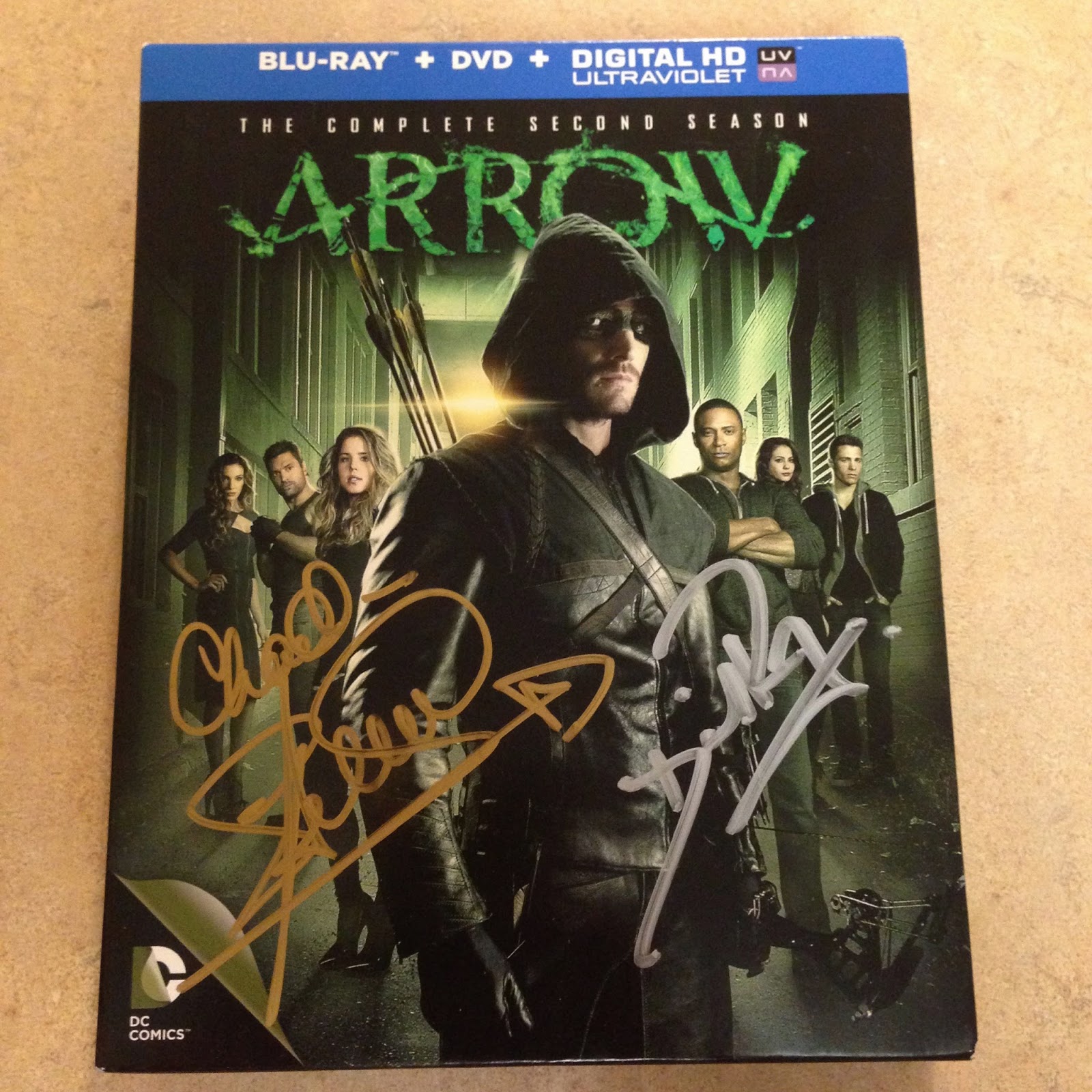 Day three was my day! Saturday was the first day that Stephen Amell and David Ramsey were there and I was determined to get their autographs. Not only that, but I had my photo-op scheduled with them and Robbie Amell as well. This was going to be a good day, if pricey, for me.

The day started waiting in line to meet David Ramsey. On Arrow David Ramsey plays John Diggle, Oliver’s trusted confidant and the first person he reveals his identity to. Diggle is somewhat serious and reserved. He’s definitely the level headed one of the team. In person, David is quite humorous and very kind. I was lucky to have been able to chat with him for a little bit about nothing in particular. Whereas most people get nervous meeting their idols/heroes/celebrities, talking to him was quite easy and felt like second nature. In a word, it was pretty awesome.

After chatting with David Ramsey for a bit, I wandered over and got in line to see Stephen Amell. Playing Oliver Queen on Arrow, people may be used to seeing Stephen as a serious and brooding person. Nothing could be farther from the truth! Stephen Amell is honestly one of the kindest people that I have ever had the chance of meeting. And this was the second time I’ve gotten the opportunity to meet him. He’s got an easy wit and charm that makes him easily approachable. As for his kindness, the fundraisers and campaigns that he does benefits charities and his ego-less way of promoting said campaigns is inspiring, to say the least. If more people were like him, I have no doubt that the world would be a better place.

After collecting their signatures on Season Two of Arrow, it was time to wander for lunch. The food at the Expo, though good, is quite pricey and the lines… oh the lines! It’s just easier and less time consuming to eat elsewhere. We ventured off to a McDonald’s (not the best option, but nearby and inexpensive) where we had window seats to a protest. An interesting thing to witness from street level. The only time I’ve seen a protest was from the 7th Floor in Canada Place. And though it was interesting, it’s not something I wanted to make a habit of. But after a bite to eat, it was back to the Expo. My photo with Team Arrow/Flash was coming up quick!

As I mentioned above, this was the second time that I’ve gotten to meet Stephen Amell. It was also the second time that I’ve gotten my photo with him and this one turned out so much better! Not only for the fact that there are three people in the photo from two of my favourite shows, but I look much more calm and relaxed in it. Maybe from actually having a chance to chat with each of them, I wasn’t as nervous? It’s possible. But whatever it was, it turned out great! Though as my friend Deanna pointed out, compared to them I am pretty short… 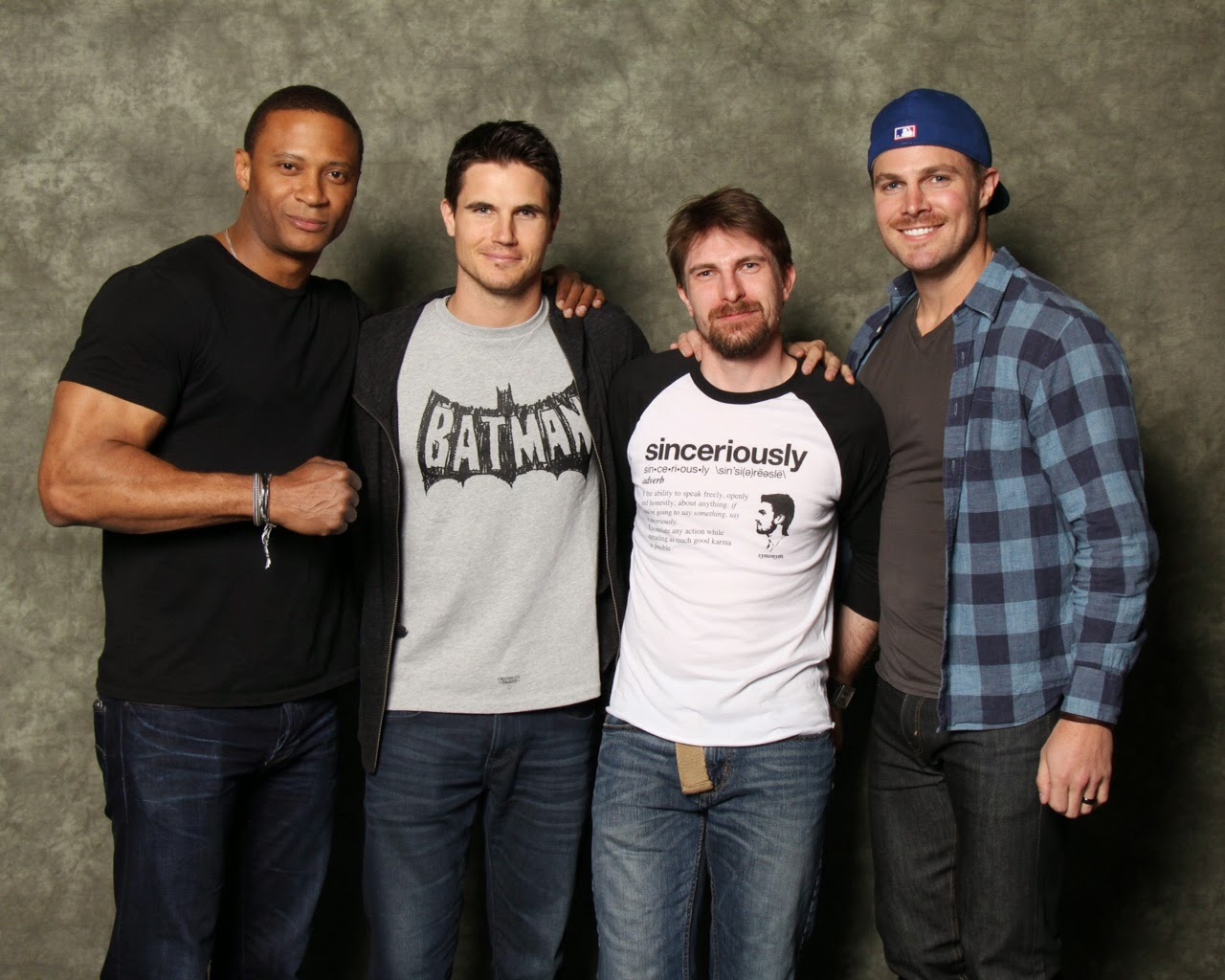 After my photo was taken, Adam and I had just enough time to head in for the costume contest. To be honest, this was the part of the weekend that I was dreading. The melancholy brought on by the costume contest. I’d be lying if I said that it didn’t hurt, but I feel I hid it pretty well. On a brighter note, there were some AMAZING contests that were entered and I would have loved to get a closer look at all of them! Mark Meer was the host for the contest and for those of you who don’t know, he does the voice for the male Commander Shepard in one of BioWare’s flagship game series, Mass Effect (which happens to be one of my favourite game series). The whole time I was expecting him to say “I’m Commander Shepard, and this is my favourite costume contest on the Citadel”.

After the contest was over, it was time to head back to the hostel to drop some stuff off and then off to meet my brother again for some supper. While we were at the hostel we got invited out with our roommates, to which I gladly accepted (I have to get used to going out with new people, after all. I have a trip coming up!). A quick bowl of Pho with my brother and I was ready to head out with the roomies.

A couple rounds of drinks with them before heading back to the room and to bed was just what the doctor ordered. I’m not the most social of people around, but I’m trying to make more of an effort and meet new people. It could be that I was the resident Canadian of the group (the others being Chilean, German, Swedish and Czech), but I felt more confident than I usually do when with a group of people. Home Team Advantage I guess. But whatever it was, it was a good thing and I found it easy to talk with them and share a couple of laughs. If that is a taste of what Europe is going to be like in June, then I’m going to be just fine. 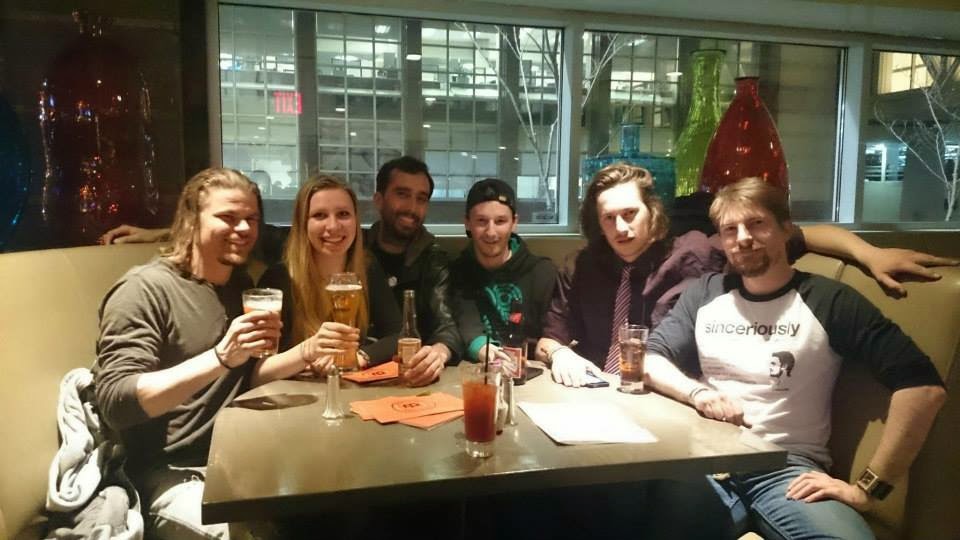